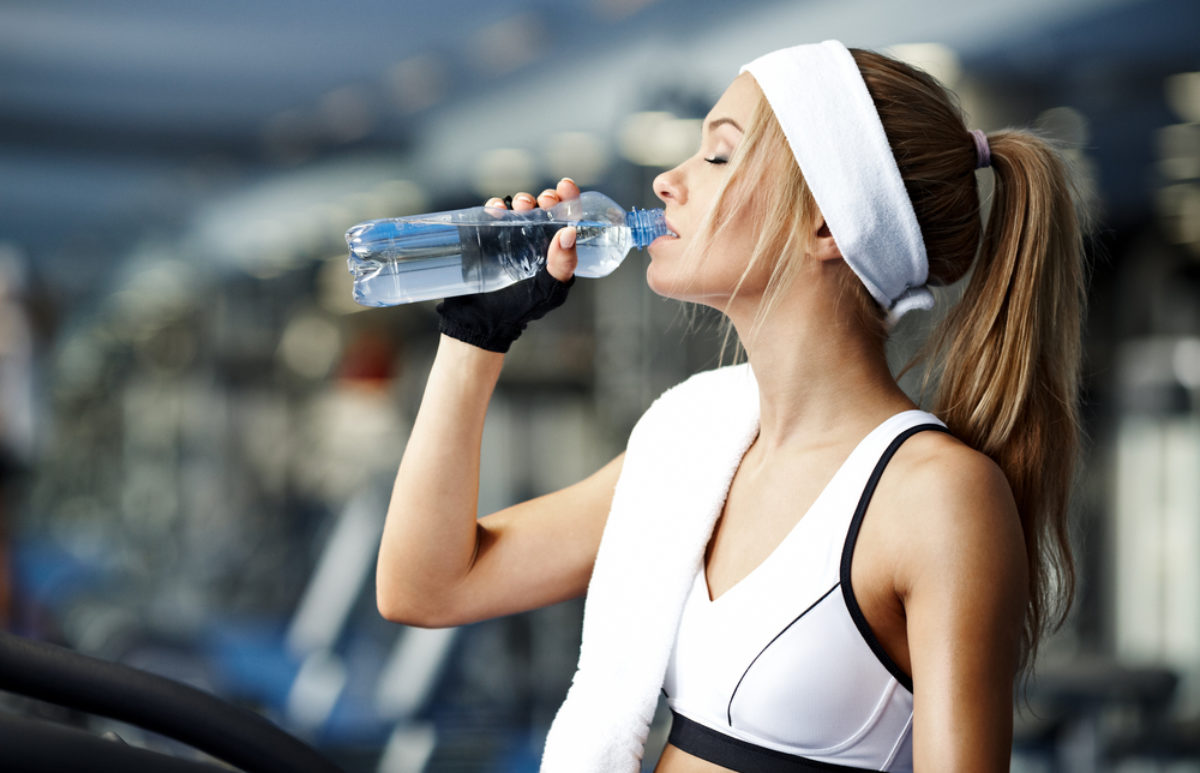 Summer is upon us, which means it is going to get much hotter than before. If you exercise, you are going to want to stay hydrated. Everyone already knows that it is important to drink fluids when exercising. However, when summer rolls around, you need to drink even more to avoid suffering from a heat injury or seeing your performance slip.

Research has found that dehydration becomes a bigger issue for people who exercise in the summer. Normally, the body can handle losing around 2% of its mass due to water loss. However, as temperatures climb so does the risk of dehydration. This can lead to impaired performance while working out, as well as a greater likelihood of heat injuries. We are going to go over the importance of hydrating while exercising in the summer, helping you get the most out of your workouts without hurting yourself.

Results of Being Dehydrated From Exercise

Whenever you are exercising, your metabolism will jump up. This means your body will be expending more energy, leading to more heat being generated by it. To prevent overheating, your body will start to sweat. This helps it maintain a stable and healthy temperature. The more you exercise, the more you will sweat. This will result in a lot of fluids being lost. If you keep exercising and do not rehydrate, your body is unable to bring its temperature down enough. Becoming dizzy, fainting, and even getting a heatstroke are all possible if you do not replenish those lost fluids.

Getting dehydrated from exercise also leads to constrained blood flow to your brain, which can be dangerous. Overall, the most telltale sign of dehydration is feeling fatigued. Your heart is not going to function at its best, which results in less oxygen and glucose getting into your muscles.

On average, 1-2% of your body's mass becoming dehydrated will end up with you losing 24 oz of water. You will probably not feel the effects of this too much if you are exercising for less than 90 minutes. However, if you take your training beyond this point, you will start experiencing the symptoms of dehydration mentioned earlier. Once you get up to around 4% of your body mass getting lost due to dehydration, the symptoms become dangerous. Your performance is also going to take a big hit.

When to Hydrate When Exercising

Now that you know about the importance of hydrating when exercising in the summer, you are probably wondering when to do so. Do you hydrate before your workout? Perhaps you drink while training? Maybe you hydrate after you are done? The correct answer is that you should be hydrating before, during, and after exercising.

If you jump into an exercise or workout routine without hydrating first, you will notice a decrease in your performance. You also risk overheating and succumbing to the effects of that. Drinking here and there while you are exercising will ensure your fluid levels are at their optimal levels. This will help you exercise for longer periods of time without getting dehydrated. Drinking right after you are done training is also crucial because it will help you in your workout recovery. Remember to do so immediately after you are finished for the best results. Drinking water is especially a good idea given that it contains plenty of electrolytes. It will also help with replacing salt levels, which is important for numerous bodily functions.

There have been dozens of studies that all came to the same conclusion: hydrating when exercising improves performance. This is especially true when you exercise in the summer. When exactly you rehydrate is not as important as drinking fluids at some point before, during, and/or after exercising. Whatever amount of fluid you are able to give your body will be appreciated.

The bottom line is that if you feel thirsty, even if it is just a little bit, it's likely time to drink up and rehydrate. If you do not feel like you are able to while exercising, then drink up either before or after, or both! Take it sip by sip so you do not feel uncomfortable drinking too much water. You are going to be glad you decided to hydrate.

Is It Possible to Over-Hydrate?

By now, you understand the benefits and importance of hydrating when exercising in the summer. However, is there such a thing as drinking too much? As a matter of fact, there is. It's called hyponatremia, which leads to your body's salt levels getting dangerously low. When you over-hydrate, you make it more challenging for your body to process all of the fluids you gave it.

When your salt levels drop, your kidneys need to work harder than they should. This is why water infused with added electrolytes has become more popular in recent years, in lieu of regular water or sugar-filled sports drinks. With enough salts in your body, you will have an easier time processing excessive water intake.

Optimize your drinks by making sure they are packed with electrolytes to help you avoid the downsides of over-hydrating. You can also simply check in with your body and feel out how much water you actually need without going overboard.

The importance of hydrating when exercising cannot be overstated, especially during the hot summer months. Given all of the benefits of getting your electrolyte-filled water before, during, and after a workout, you should make it a priority to hydrate. Get yourself a water bottle and fill it up before exercising. Whenever you feel thirsty, go ahead and take a small sip. Keep drinking until you no longer feel thirsty. You will get the hang of how much water you truly need soon enough. You can now get the most out of your workouts without succumbing to the symptoms of being dehydrated or over-hydrated. Your body will thank you!